Opportunity, Inc. was founded by the compassionate and visionary women of the Episcopal Church Guild of Bethesda by the Sea in Palm Beach in the early 1930's.

Their desire was to make life better for the less fortunate. Its' slogan "Help others to help themselves."

"It was about 1931, a real slump year, no Community Chest, no agencies to relieve the suffering caused by the Depression; children so hungry, they were falling asleep in school," related Winifred Anthony in a 1972 Palm Beach Post interview. *

The fisherman were descendants of loyalists who fled the Carolinas during the American Revolution and settled in the Bahamas.  By 1919, 25 families had settled on the mainland of what was to become Riviera Beach.

Their normal economic struggle was impacted by the 1928 Hurricane and the Great Depression.  Mary Anderson recognized the beautiful crafts the women created and their talent developed over generations of Bahamian living and working with shells, palm fronds and fish scales.  Mary Anderson assisted turning their avocation into their vocation.

Winifred Anthony began the cooperative venture at the church.  As the women worked at their crafts, the need for child care was apparent and Opportunity's first nursery opened. "For the first ten years community needs arose so fast we didn't have time to think of a name, said Anthony, but in 1939 we were named and chartered Opportunity, Inc." 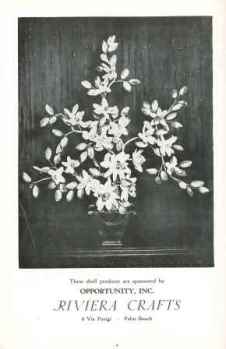 In 1940, Mrs. Anderson and the Guild at Bethesda-by-the-Sea Episcopal Church opened a retail shop Riviera Crafts, off worth Avenue on Via Mizner.  It evolved into a self-supporting industry, flourishing for 30 years.  They were asked to participate in the 1941 Grand Central Palace Exhibition of U.S. Handicrafts in New York.  Riviera Crafts supplied 40 shops in the Unites States.

Child care became essential to working mothers during World War II, and the Social Services Committee of Opportunity, Inc. opened the first in 1943 in Dunbar Village, a housing project in West Palm Beach.  Many church women volunteered for years at Dunbar. It was one of several wartime day care centers Opportunity, Inc. would establish.

Thirteen child care /nursery schools evolved under the Opportunity format.  Opportunity also opened the first Boys and Girls Club to provide after school care for working mothers. A permanent Day Care Center was built in the early 1960's on Sapodilla Avenue near Twin Lakes High School and was operational until the move to the Mary Alice Fortin Early Childhood Center in 2003 on Westgate Avenue and Quail Road.

If you’d like to learn more about Opportunity’s history, please click on this link to hear Harvey Oyer’s overview. 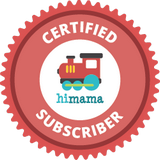